I'm a big fan of picnics on the beach. Cold sandwiches, pasta salads, even Italian...

The post Worst Foods To Bring To The Beach This Summer appeared first on Eat This Not That.

I’m a big fan of picnics on the beach. Cold sandwiches, pasta salads, even Italian ice from the ice cream truck—all are meat to enjoy under the summer sun. However, while I do have a few suggestions based on foods to avoid while on the beach, I admit these are subjective and you should do what works best for you and your summer taste buds.

In my opinion, the worst foods to bring to the beach are the ones that are dehydrating. If you’re spending a majority of your day under the heat of the sun, the last thing you want to do is make your dehydration worse. Why eat something that will only exacerbate your dehydration levels even further? Or make you feel sluggish when you want to be having fun?

Dehydration occurs when your body excretes more fluids than you take in, according to the Mayo Clinic. If you don’t have enough water or other fluids in your body, your normal body functioning can take a toll. One study in Nutrients found that young adults with higher salt intake had poor hydration status. When salty foods are consumed, too much sodium enters the bloodstream, causing your body to accumulate more water as well. As a result, your kidneys will produce more urine.

Below you will find a list of foods that are dehydrating, or seem just a bit too complicated to bring with you for a day at the beach. I’ve also offered up solutions so you can have hydrating options for fun under the sun. Here’s what to avoid—and what to pack—and for even more picnic tips, check out our list of 29+ Best Picnic Recipes for Eating Outside. 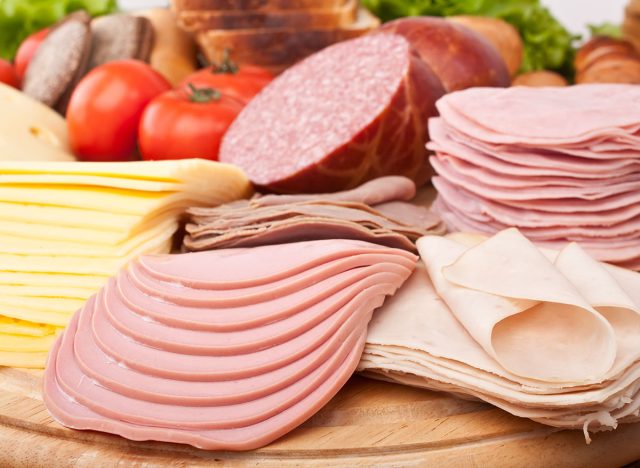 Deli meats are known to have a high sodium count—the average serving of honey ham can have 500 milligrams or more. Instead, keep your sodium count low and choose to make a veggie sandwich or wrap it with hydrating vegetables. You could even spread on some hummus, which is also low in sodium and increases the protein count for your meal. Other options include this Quick Caprese Sandwich, this Chicken Salad Sandwich with Raisins and Curry Powder, or even stuff some whole-wheat pitas with this Curried Egg Salad. 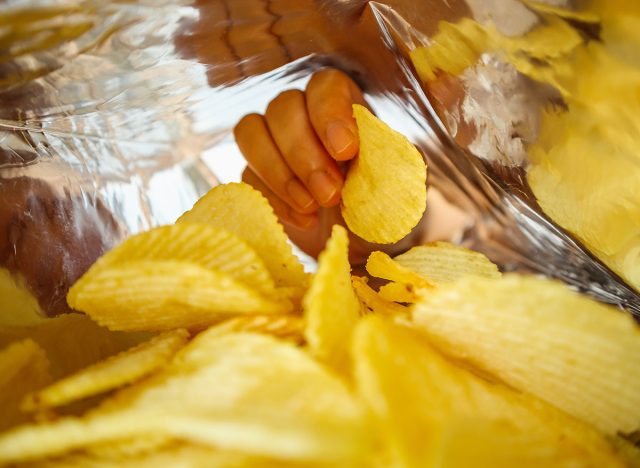 Salty snacks like chips are certainly a fun treat, but if you’re looking for a hydrating solution, go for other types of snacks. For example, fruits are a refreshing option for the beach, and cut-up vegetables dipped in hummus or guacamole will also work well! 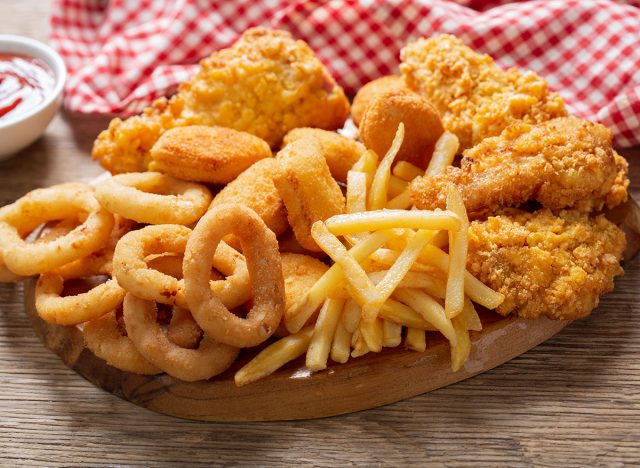 In that same wheelhouse, fried foods also have a high sodium count that can make you feel dehydrated. Plus, your energy levels will be depleted after a meal of fried foods. Another study from Nutrients points out that foods that are higher in fat can cause daytime sleepiness, meaning you may feel sluggish during your beach day.

Instead, why not focus some meals around these 30 Foods That Give You All-Day Energy? 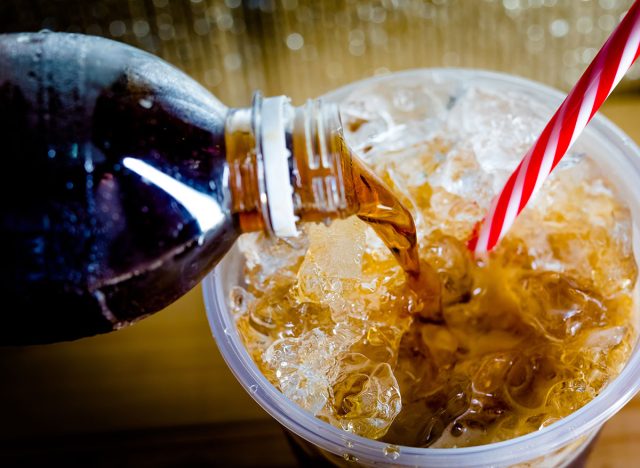 Similar to salt, foods and drinks high in sugar can also have a dehydrating effect on the body due to how they are metabolized. When sugar is consumed, the body uses more water to try and metabolize it, increasing urination as well, according to Medical News Today.

Plus, if you’re choosing sugary beverages over water, your blood sugar levels will spike and fall quickly, making you feel sluggish throughout the day as well. For a more hydrating option that isn’t just water, why not choose an unsweetened iced tea or a low-sugar kombucha? 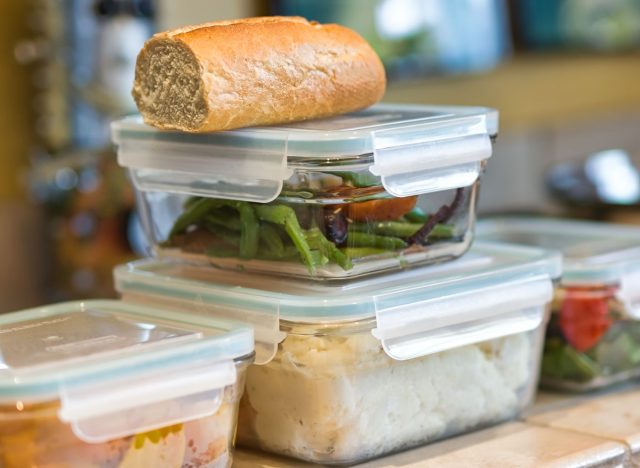 This one is more about common sense than health. Why eat a hot meal on the beach, especially if it required microwaving and carrying it to your destination? Not only will the meal likely be lukewarm by that point, but it won’t be very pleasant to eat.

Chilled foods that can sit in your cooler are certainly the way to go. Craving pasta Make this Mediterranean Caprese Pasta Salad or this Vegetarian Pesto Gnocchi.

The post Worst Foods To Bring To The Beach This Summer appeared first on Eat This Not That.