Around 20 million people in the U.S. have a sensitivity to gluten, while 1 in...

The post This Treat Is Being Pulled From Grocery Store Shelves in 35+ States appeared first on Eat This Not That.

Around 20 million people in the U.S. have a sensitivity to gluten, while 1 in 133 people has celiac disease. Thanks to ingredient lists on nutrition labels, anyone who falls under either two categories can know exactly what they are eating. But sometimes products fail to alert gluten, and many times they are recalled because of it. Recently a dessert found in many national grocery chains was pulled from shelves for that specific reason, but it could have been purchased and be in consumers’ kitchens.

RELATED: Kroger, Publix, H-E-B, and Other Grocery Stores Are Pulling This Medication From Shelves

Twelve-ounce packages of  Sugar Cookie Dough from the brand Sweet Loren’s may contain traces of gluten despite being labeled gluten-free, a company announcement posted by the U.S. Food and Drug Administration (FDA) says. The dough is made with a gluten-free flour blend of oat, tapioca, and potato starch, as well as cane sugar, palm oil, water, vanilla, sea salt, and baking soda. 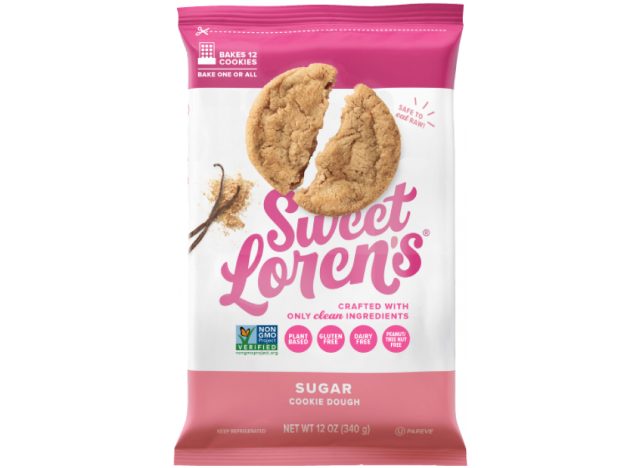 “The issue was identified through testing of the product in-house,” the company says. “The oat flour used was determined to have traces of gluten despite having documentation (COA) declaring it to be gluten gree. No other lots of Sweet Loren’s Sugar Cookie Dough are included in this recall.”

To get all the latest grocery store news delivered right to your email inbox every day, sign up for our newsletter!

This cookie dough isn’t the only recall for grocery shoppers to be aware of right now, though. This Recalled Snack Has Caused Jaundice, Stomach Pains, and More in Almost 500 People in 34 States and more cases are popping up, leading the company to face a lawsuit.

The post This Treat Is Being Pulled From Grocery Store Shelves in 35+ States appeared first on Eat This Not That.