Coming out of the pandemic when grocery sales were at their highest before being hit...

The post This Beloved Grocery Chain Is Making a Comeback After Declining Sales appeared first on Eat This Not That.

Coming out of the pandemic when grocery sales were at their highest before being hit by the worst inflation rates of the last forty years has made most grocery stores see a tumultuous few years. However, one supermarket, in particular, looks to be turning around against the odds.

Albertsons, which operates 2,200+ stores with that name along with Safeway, Vons, Jewel-Osco, Acme, Tom Thumb, Star Market, and more, reported “better-than-anticipated” earnings on July 26 with this year’s sales up almost 7% and a 30% increase in digital sales. The supermarket’s CEO, Vivek Sankaran, says the change has to do with its improved app as well as shifting consumer behavior that has increased spending on its private label brands, according to Grocery Dive.

RELATED: ALDI May Be Temporarily Closing a Store After Three Permanent Shutdowns

Prior to the increased traffic to its stores, Albertsons had a series of slumps that included a 10% sales decline a year ago and in 2016 all of its stores were sold off in Florida as it left the state, eventually finally selling Safeway, in 2018. In March of this year, analysts predicted parts of the multi-unit company could be downsized as well for “enhancing growth.” There hasn’t been any word on whether those “underperforming banners” would still see the chopping block, although analysts say that “rightsizing” its footprint could help the chain be more successful. 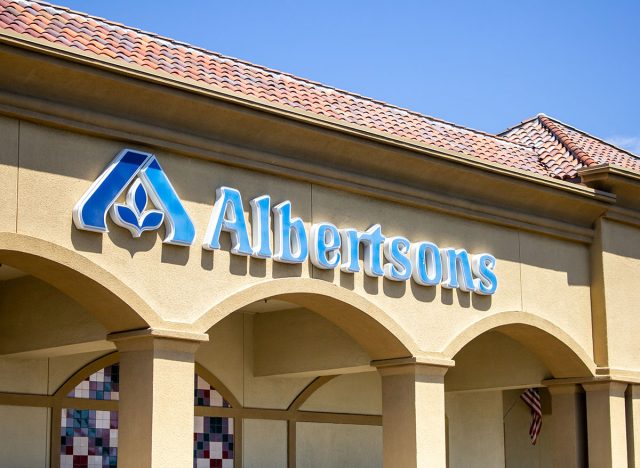 While Albertsons has seen its ups and downs in terms of size and sales, it has managed to improve its digital presence significantly, which has drastically lifted its performance in that sector this quarter. Its recently updated app now offers personalized recommendations for shoppers and expanded services like two-hour delivery and express pickup, which have effectively increased sales.

Outside of digital, the chain has been upgrading its name brand selection, including its deli section meals. Currently, it’s working to expand its ReadyMeals line to over 1,000 stores by the end of 2022.

The post This Beloved Grocery Chain Is Making a Comeback After Declining Sales appeared first on Eat This Not That.