Sylvester Stallone will always be admired for the toned, muscular movie characters he turned into...

The post Sylvester Stallone Makes 76 Look So Fit With These Habits appeared first on Eat This Not That.

Sylvester Stallone will always be admired for the toned, muscular movie characters he turned into legends, including Rocky Balboa and Rambo. “Sly” is an all-time favorite actor, director, screenwriter, and icon. He still has everything it takes to motivate fans at 76 years old, from boxer to Green Beret to mafia boss. Read on to learn more about the healthy habits Sylvester Stallone lives by, and next up, don’t miss The Fitness Habits Arnold Schwarzenegger Lives by Still Work at 74. 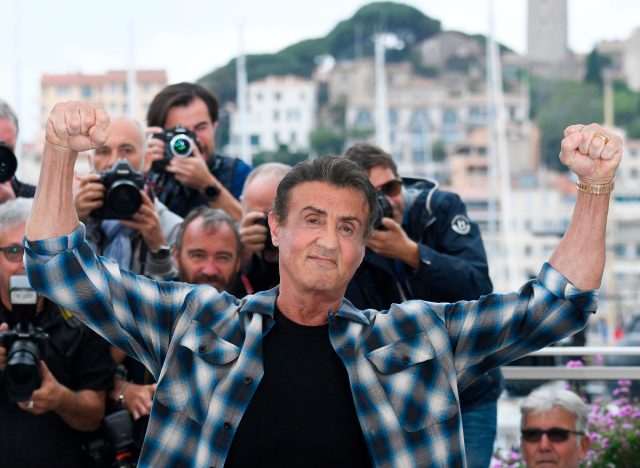 Fans should be pretty excited. Stallone will soon entertain our home screens playing a mafia capo who recently fulfilled a 25-year prison sentence, Dwight “The General” Manfredi on a series called Tulsa King (via New York Post). The new series will be brought to us by the creator of Yellowstone and is expected to debut this fall. Starring in a television series will be a first for Stallone, and we couldn’t be more excited. His recent projects include Samaritan and The Expendables 4, and he’s now focusing on his roles in Guardians of the Galaxy Vol. 3 and Tulsa King.

Sly told Entertainment Tonight of the upcoming series, “I’ve always wanted to play a gangster since… I basically started off my career mugging everyone… but it never happened. I have my thoughts on why, but better late than never. Taylor Sheridan wrote an idea, a screenplay that was really good and Terence Winter, who wrote Sopranos and Boardwalk Empire, they put it all together and what you have is East meets West.”

This legendary, fit star still looks like he could jump right into a boxing ring, and if we close our eyes and listen carefully, we can still hear him call out, “Yo Adrian!” as if it were yesterday. We want to know this celeb’s secrets to looking, well, like the capo boss he portrays in a crisp suit on the sneak peek of Tulsa King. How does he still have what it takes?

Related: The Fitness Habits Tom Cruise Follows To Stay Young and in Shape at 59 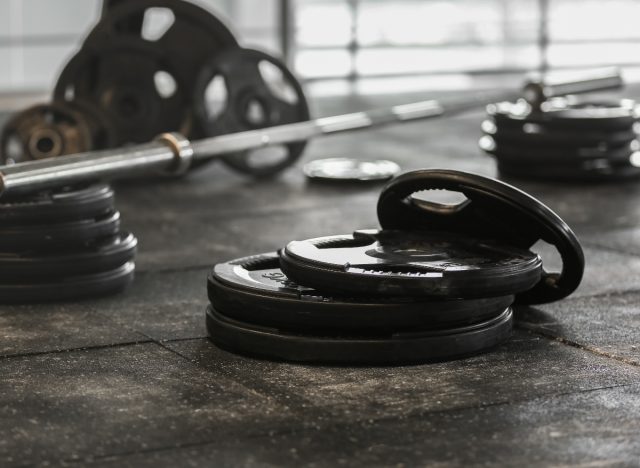 Sly has given fans glimpses into his training sessions on the ‘gram, lifting 45-pound barbell plates while kneeling and spreading all-around inspiration at the gym. “Good ‘heavy’ morning! Punching hard till the final bell,” he captioned the short but intense workout clip, tagging personal trainer and strength coach Gunnar Peterson. Stallone also posted a video carrying a heavy set of dumbbells to a punching bag before letting out a few punches. You’ll also see Sly fishing in addition to hitting up the golf course and driving range on his Insta, where he’s shared tips, pics, and videos with fans.

Related: Kate Beckinsale’s Cat Yoga Workout Shows How She Stays So Sculpted at 48

He values his family 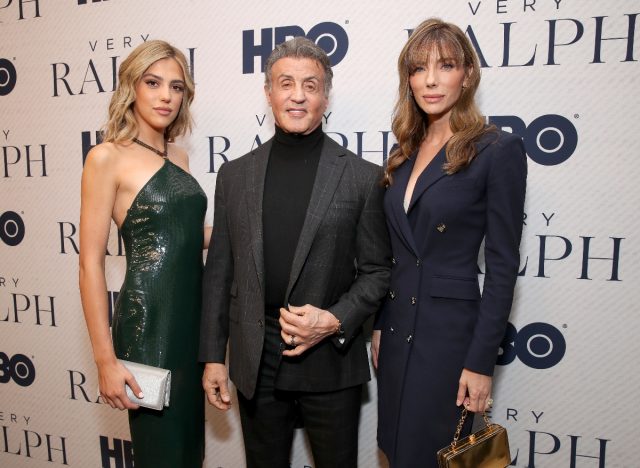 Family is clearly important to Stallone. He’s posted pictures on his Instagram surrounded by his wife, Jennifer, and their three beautiful daughters, Sophia, Sistine, and Scarlet. He says in his home, “women rule.”

Stallone is always ready for giving solid dad advice, too. According to Hollywood Life, Sistine revealed, “In terms of what to say if we don’t know how to answer a guy’s text. Or if we’re trying to break up with a guy he’ll give us really good advice … on how to cut them off,” adding, “There are guys that have been broken up with via my dad, and they have no idea.” Okay, guys, just saying—we’d proceed with caution when it comes to dealing with Rocky/the Tulsa King! 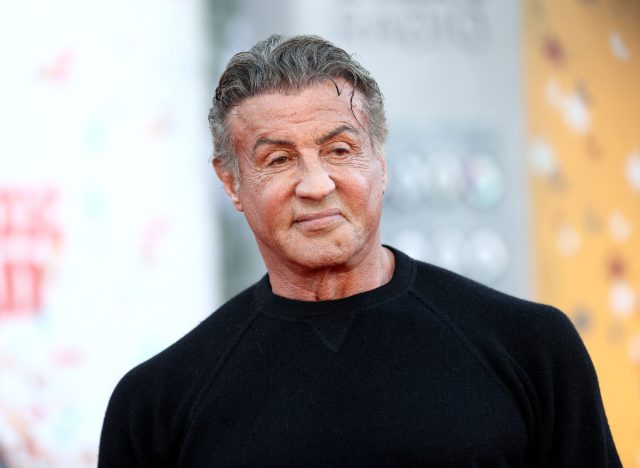 Much of this icon’s totally healthy look at 76 can have something to do with his positive, driven attitude. Some of his words are pretty inspiring, and we chose some of our favorite Sylvester Stallone quotes to share. “I’m always looking for a new challenge. There are a lot of mountains to climb out there. When I run out of mountains, I’ll build a new one,” he said. There’s also his quote, “I believe there’s an inner power that makes winners or losers. And the winners are the ones who really listen to the truth of their hearts.”

All of this proves that they call Stallone/aka Rocky/aka Rambo a legend for good reason. We are very ready and excited to tune into Tulsa King this fall.

The post Sylvester Stallone Makes 76 Look So Fit With These Habits appeared first on Eat This Not That.

August 15, 2022
HIIT vs Steady-State Cardio for Weight Loss—Here’s What To Choose