MANILA, Philippines – Former vice president Leni Robredo on Sunday, July 24, said the killing of three people during a shooting incident inside the Ateneo de Manila University reflects the need to stand against the culture of impunity in the Philippines.

“[The incident] reminds us to keep on pushing back on everything that promotes a culture of impunity,” Robredo said in a Facebook post.

Robredo also said Furigay and her husband Roderick, the incumbent mayor of Lamitan City, were “strong supporters” of Angat Buhay, the flagship anti-poverty program during her term as vice president.

The local government of Lamitan City under Furigay, said Robredo, provided the land where the Yakan Weaving Center is now located.

Furigay was supposed to attend the graduation of her daughter from the Ateneo Law School on Sunday afternoon. The ceremony was canceled.

The incident is the latest in a long list of violence that has plagued the Philippines over the years, most especially during the six years of the administration of former president Rodrigo Duterte. At least 18 mayors and 10 vice mayors had been slain during Duterte’s presidency, based on Rappler monitoring.

Six years of blood and violence: People we lost under Duterte 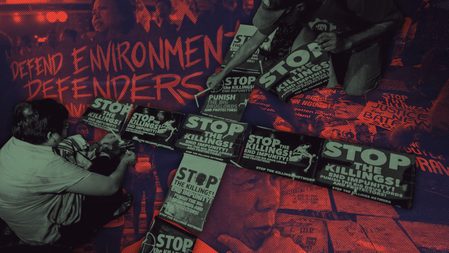 VIDEO HIGHLIGHTS: Rappler+ Briefing on political dynasties in the Philippines