One of the biggest mysteries in life for many individuals is how long their life...

The post Predict How Long You'll Live With This 10-Second Balance Test appeared first on Eat This Not That.

One of the biggest mysteries in life for many individuals is how long their life will be. Many people have become diligent about staying fit, eating healthy, and practicing positive thinking, which all have a great impact on living to a ripe old age. Statistics indicate Americans are living longer in general, but nobody has a crystal ball. What we do have is a 10-second balance test that could predict how long you’ll live. Stand up on one leg and get ready, because this is a pretty interesting exercise!

Read on to learn more about this test that can shed insight on how long you’ll live. And next up, check out The 6 Best Exercises for Strong and Toned Arms in 2022, Trainer Says. 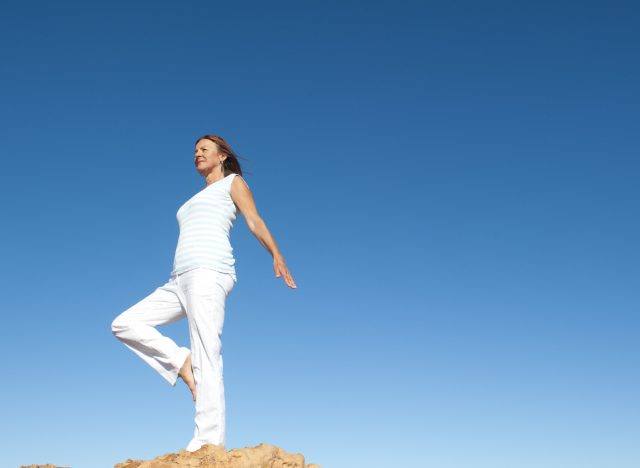 If you’re curious about how long you’ll live, listen up. Recent research published in the British Journal of Sports Medicine reveals that middle-aged adults and older who are unable to stand on one leg for 10 seconds can be about two times more likely to die within 10 years than those who can successfully complete this balancing test.

One-legged balancing is usually a pretty simple task to complete for most healthy individuals. It gets more challenging, however, after 60—and at a pretty fast pace. The ability to balance yourself as you get older is not a choice or acquired skill, unlike working out to keep up with flexibility, strength, and cardio fitness. Surprisingly, there’s not a routine balance assessment for older individuals at annual checkups.

This prompted a study that consisted of 1,700 participants between 51 to 75 years of age who were selected from the CLINIMEX Exercise cohort study of 1994. That previous study observed death and chronic disorders as they correlate to conventional cardiovascular risk factors, exercise, and physical fitness. The goal of this recent study was to determine if a balance assessment could be a helpful tool in learning an individual’s risk of mortality within their next 10 years of life.

Each participant chosen to be observed walked in a stable manner, had a checkup, was weighed, and had measurements taken of waist size and skinfold thickness. Participants were to stand for 10 seconds on one leg with no added support. They also placed the front of their not-standing foot to the back of the standing leg, while at the same time looking straight in front of them and holding both arms to their sides. Each participant observed was allowed as many as three tries on either foot.

Of the study’s participants, 1 out of 5 didn’t pass the test 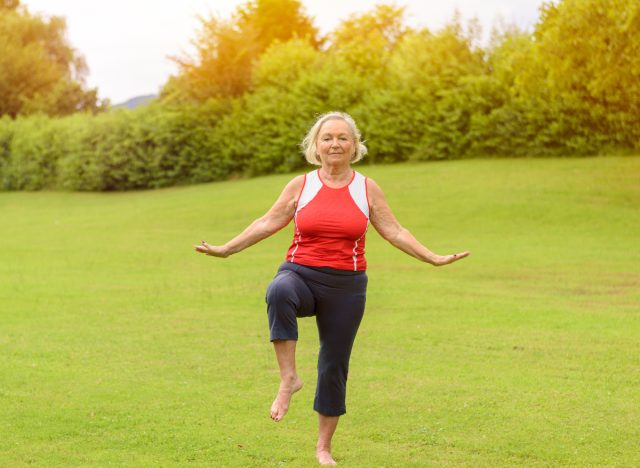 Of those observed, 348 participants (1 out of 5) did not pass the test. Failure increased with age and pretty much doubled for each five-year interval starting at 51 to 55 years of age and upwards.

Related: Get Rid of a Pot Belly in Your 50s With This 10-Minute Workout, Trainer Says

Participants who failed were, in general, of poorer health 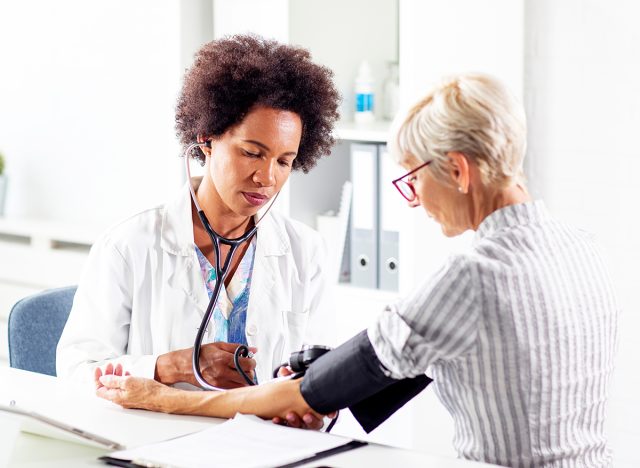 The seven years following the test indicate that 7% (123) of the participants passed away. The causes of mortality and breakout revealed: cancer (32%), cardiovascular disease (30%), respiratory disease (9%), and complications due to COVID-19 (7%). The study does note that the participants who failed were, in general, of poorer health, and dealt with conditions such as obesity, type 2 diabetes, heart disease, and high blood pressure.

The researchers mention this study was observational. They also point out that the participants were white Brazilian, and “might not be more widely applicable to other ethnicities and nations.” They wrap up by saying this balance test “provides rapid and objective feedback for the patient and health professionals regarding static balance,” adding that the test “adds useful information regarding mortality risk in middle-aged and older men and women.” 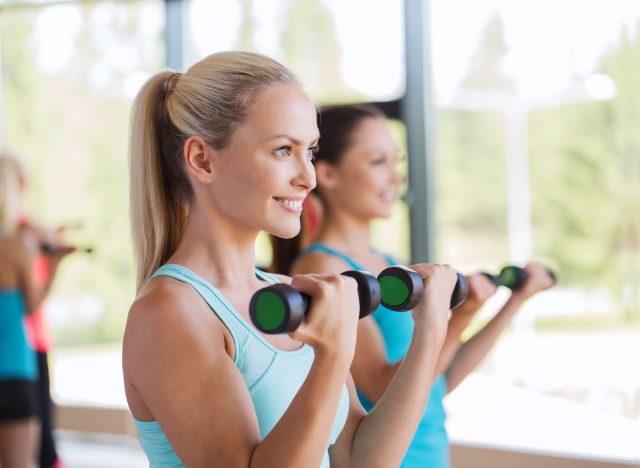 For more mind and body news, be sure to read The Breast-Lifting Exercises You Can’t Live Without in Your 50s, Trainer Says and These Foolproof Exercises Will Shrink Your Visceral Fat Fast, Trainer Says next to stay up-to-date on the latest fitness scoop.

The post Predict How Long You'll Live With This 10-Second Balance Test appeared first on Eat This Not That.