'Prior to her disappearance, Loi had expressed to me her apprehension over her safety'

This is an open letter to you, dear readers, who can join me in my pursuit to find my partner and fellow activist, Loi.

Elizabeth “Loi” Magbanua, 57 years old, left home in Manila on May 3 for a meeting in Brgy. Punturin, Valenzuela with other labor organizers. She, together with colleague Alipio “Ador” Juat, left after the meeting ended around 7 in the evening. That was the last time she was seen.

What you need to know about enforced disappearances in the Philippines 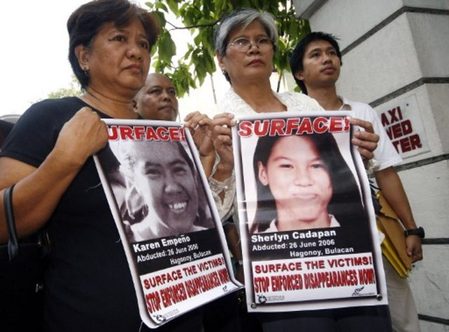 Loi, a member of the LGBTQ+ community, is a staunch advocate of workers’ right and women’s rights. She was a worker in an electronics factory in the 1980s where she was an active union member. When the factory closed in 1991, she decided to devote herself full-time to her cause and volunteered for the Kilusan ng Manggagawang Kababaihan-GABRIELA to help organize women workers.

In the late ’90s, Loi helped organize workers from a food processing factory. One of those she helped was Chat, who recounted how they constantly argued yet shared many happy memories of working together, especially since they both loved karaoke singing. Oh how Loi loves to sing! Ever ready with a coin purse, she can spot a karaoke machine from a mile away. I remember, during one of our karaoke sessions with friends from GABRIELA, she gave us all unsolicited “pro-tips” on how to score a hundred in any machine: sabayan mo lang ‘yung highlight ng lyrics, ‘di bale nang wala sa tono.

When Gabriela Women’s Party (GWP) ran for the party-list elections for the first time in 2004, she was among the first who initiated the formation of GWP Chapters in Taguig and Muntinlupa. This was when she and I, a member of GABRIELA, became lesbian partners. We had been together since then. If not for the absence of legislation recognizing same-sex union, we long would have been a “married couple” as our families, friends, and colleagues consider us.

Loi embodies the proletariat practicality. Her constant words to me whenever I’d angst over certain situations was, ‘wag mo pabigatin, pagaanin mo lang. This advice helps me plow through this very trying time since Loi has gone missing.

Loi’s unwavering commitment to serve the people is only rivaled by her commitment to support her siblings and her nephews and nieces any way she can. One grown nephew, now a teacher, said that Loi had supported his schooling and, as proof, still has the school bags Loi had given him.

A niece, whose schooling Loi had also been supporting despite her meager allowance as a labor organizer, had hoped her aunt – her idol – would be back for her graduation.

Prior to her disappearance, Loi (as she was known in Tondo, Manila where she organized workers and women), had expressed to me her apprehension over her safety, something she had never been overly concerned about throughout her more than three decades of activism. But the recent incidents of extrajudicial arrests and detention of people she was acquainted with had alarmed her. True enough, her concern was not unfounded.

Ador, through a phone call with his eldest daughter on May 28, said that he and Loi had been abducted the night after their meeting in Valenzuela. He said he and Loi were forced into separate vehicles and that he was then being held in Camp Aguinaldo. When he would inquire about Loi, his interrogators would say, ’wag mong problemahin ‘yun, implying that they know of her state.

The desaparecidos of Duterte’s drug war 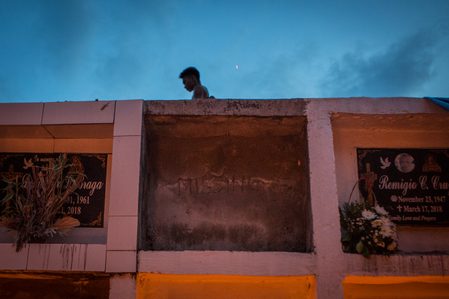 Loi isn’t the first nor the last activist victim of enforced disappearance. This scheme had been widely employed by the armed forces of the state since the tyrannical rule of Marcos Sr. and continues to this day under Marcos Jr.’s rule.

One of the latest documented cases was the enforced disappearance of two other women activists – Ma. Elena Cortez Pampoza, 55, and Elgene Mungcal, 50. They were last seen on July 3, four days after the inauguration of President Ferdinand Marcos Jr.

The aim had always been to silence dissent. With the resolution of the economic crisis nowhere in sight, people’s dissent not only persists but intensifies – a valid and justified dissent that should never be silenced.

Loi’s voice must not be silenced, nor anyone advancing the Filipino people’s long-time aspirations for livable wages, better working conditions, and just and lasting peace.

Ruth Manglalan is 54 years old. She is a longtime activist and member of GABRIELA, and is a mother of six cats.