With groceries more expensive than ever, companies are looking to entice customers with savings by...

The post America's Largest Grocery Chain Is Rivaling Walmart, Costco, and Amazon With This appeared first on Eat This Not That.

With groceries more expensive than ever, companies are looking to entice customers with savings by buying into their membership programs. One of the more recent players, Walmart+, launched in 2019 but lately established membership retailers like Costco and Amazon Prime have been gaining more traction than ever. Last fall America’s largest grocery chain threw its own hat into the ring and is now competing to win over more shoppers.

Kroger’s Boost program is looking to recruit grocery shoppers with attractive money-saving advantages, including double fuel rewards and free delivery—which is extra nice for those looking to pocket some extra gas money.

The company announced just a few weeks ago in June it is expanding the membership program that it started last November. Kroger’s Boost membership has been available in Cincinnati, Atlanta, Indianapolis, and Columbus and due to the “encouraging” participation, the grocery chain decided to increase the membership availability nationwide. 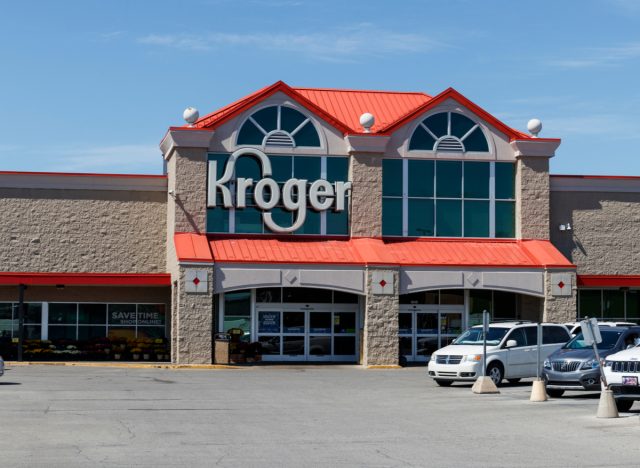 The loyalty program offers two membership tiers. For $59 a year at second-tier, grocery shoppers can get unlimited no-fee delivery within 24 hours on orders over $35. With the first-tier service, Kroger offers its upgraded fuel and delivery perks at  $99 a year. For that, members can get unlimited no-fee delivery within two hours with the same minimum order amount. It also still allows members to get two fuel points per $1 on groceries. For every 100 fuel points earned, they get a discount of $0.10 off per gallon of gas, up to $1 per gallon.

Kroger isn’t the only program to offer fuel points, however. Walmart+ also offers the perk, which allows you to save 0.10 cents per gallon at Mobil and Exxon. Many Costco locations also have gas stations, which have been known to offer discounted prices, however, it might not be as cheap as you think.

While it’s great there are many options as of late, it can be overwhelming for shoppers to pick which program is right for them. Depending on what services you’re interested in, some memberships may be better than others. If you’re currently in the market for warehouses with savings that work for you, check out our comparison of the biggest memberships and club perks in America right now.

The post America's Largest Grocery Chain Is Rivaling Walmart, Costco, and Amazon With This appeared first on Eat This Not That.