Whether sweet cold fruit juice makes you feel better when you're sick or takes you...

The post 7 Secrets Juice Companies Don't Want You to Know appeared first on Eat This Not That.

Whether sweet cold fruit juice makes you feel better when you’re sick or takes you back to thirstily slurping from a box with a straw as a child, it is a major part of many Americans’ diets. Even though we love it, our consumption has been slowing down over the years as more people learn that it isn’t as healthy as we thought. The average person in the United States drank about six gallons of juice per year in 2018; in 2016, it was closer to eight. So you may already know that juice isn’t always the best choice for a healthy lifestyle. Here are some other facts that might make you reconsider how much juice you’re drinking.

Products Labeled as 100% Juice May Still Contain Other Ingredients 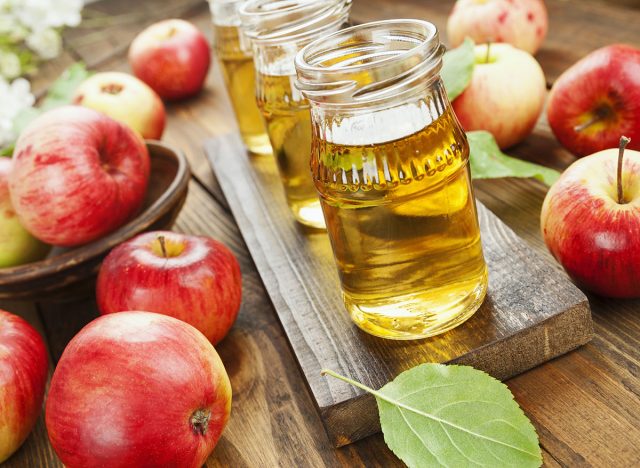 Feel like you know what’s in your chosen juice beverage? While the 100% juice label means that there is just juice, it can be more than just the fruit that’s on the label. As long as the juice is made only from fruits and vegetables, it’s considered 100% (meaning your 100% apple juice may actually contain the juice of other fruits or veggies too). But more importantly, these products can also contain added flavorings, salt, or preservatives and still be labeled and marketed as 100% juice. 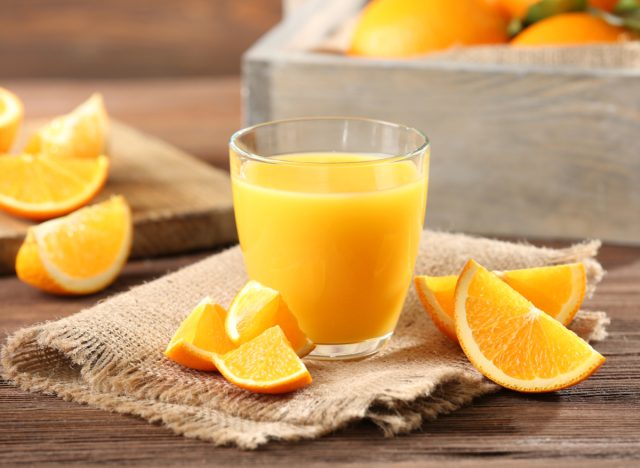 In her 2010 book, Squeezed: What You Don’t Know About Orange Juice, author Alissa Hamilton let the general public in on a few secrets about orange juice. For many brands, orange juice is heated to remove the oxygen and stored for months, stripping the liquid of flavor. Before the juice is sold, manufacturers ‘reflavor’ the orange juice with chemical packs, which means adding things like orange essential oil or orange essence to get the correct flavor. And one more surprise about O.J.: Most of the supply in the U.S. comes from Brazil, not Florida. 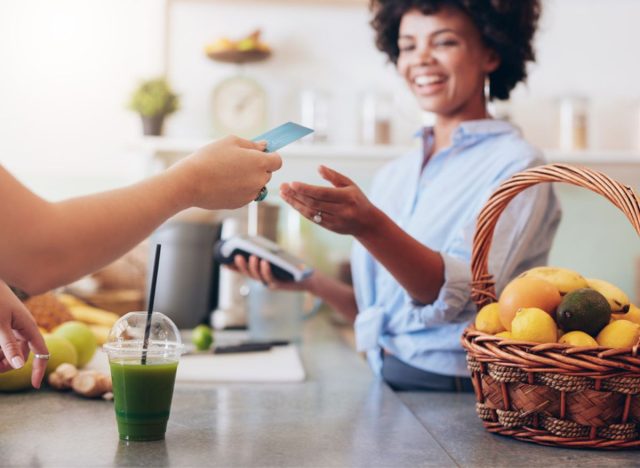 Getting freshly made juice from the farmer’s market or a juice bar sounds like a fresher alternative to store-bought options, but it can have its own drawbacks. The Food and Drug Administration (FDA) reports that non-pasteurized juices can pose a risk for harmful bacteria that causes illness. While fresh packaged juices that you find in the grocery store have a clear warning printed on the package, juices sold by the glass aren’t required to disclose the risk to consumers. Buyers beware. 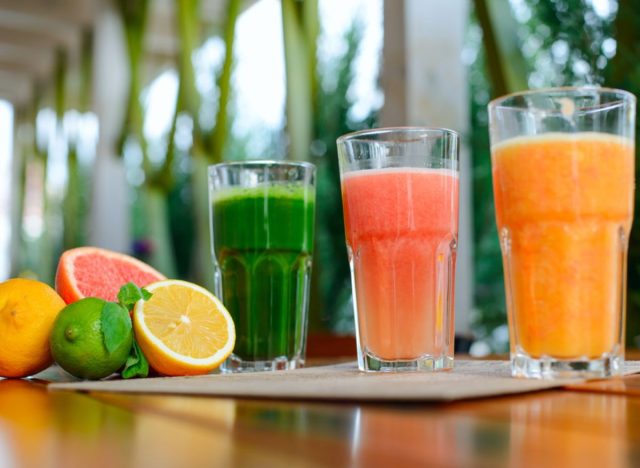 Consumer Reports tested 45 juices for arsenic and lead in 2019, and found “concerning levels of heavy metals” in almost half of them. Prior food studies revealed that elements like cadmium, lead, mercury, and inorganic arsenic are already in our food supply, but drinkable juice is of particular concern because children consume so much of it. “Children are particularly vulnerable to the harmful effects of heavy metals,” says Consumer Reports, noting that these are toxic and can potentially cause a variety of health problems.

Fruit Juice Has As Much Sugar As Cola 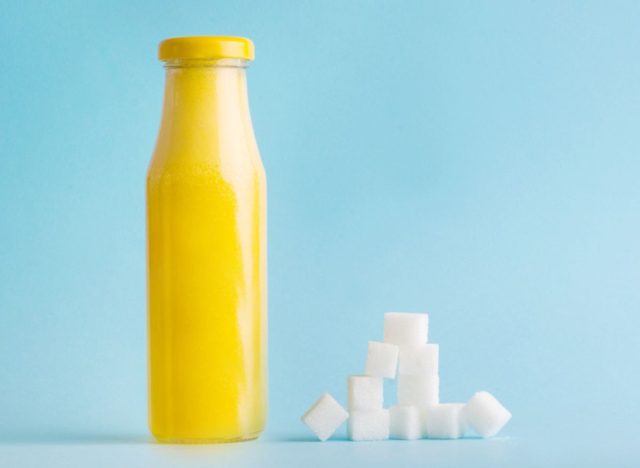 Yes, unfortunately, it’s true. Eight ounces of fruit juice and eight ounces of cola both have around 30 grams of sugar. While there are more nutrients in fruit juice, just because the sugar is natural doesn’t mean it’s much better than the refined sugar in cola. 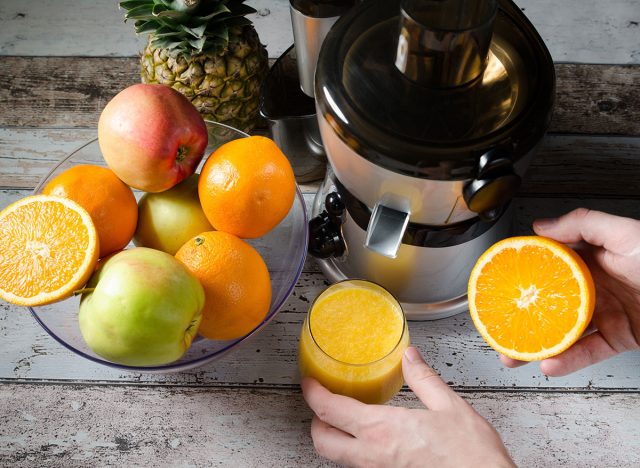 As we have previously reported, processing the fruit into juice removes all of the fiber that you’d get from eating the fruit whole. Fiber-rich foods make you feel fuller, longer, which is why they are especially essential for people trying to lose weight. If you’re drinking a lot of juice, you’re more likely to feel hungrier and eat more, which can translate into consuming more calories, and eventual weight gain.

The Dye Found in Some Red Juices Is Derived From Petroleum 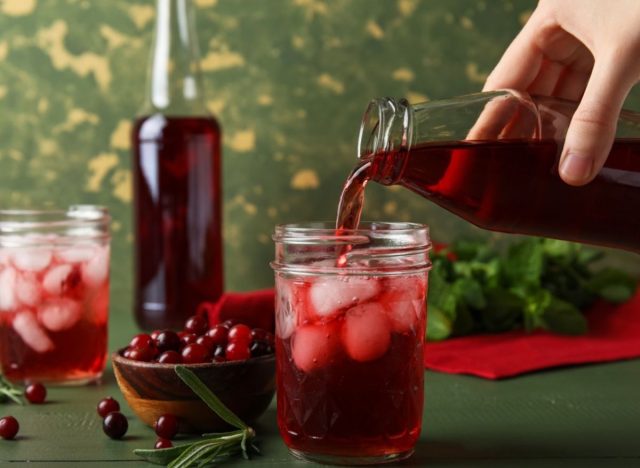 Some juices have dyes added to enhance their color. While not all food dye is concerning for health, consumers might be a little grossed out to learn that the color is harvested from cochineal bugs, a tiny insect found on cactus plants. Check the ingredients list for Red Dye #40—the source of that color is petroleum, and the dye has been linked to concerning health issues, including ADHD in children, Medical News Today reports.

The post 7 Secrets Juice Companies Don't Want You to Know appeared first on Eat This Not That.

August 7, 2022
Add This to Your Water If You’re Trying to Lose Weight