Frozen foods aren't always the healthiest options in the grocery store, but they're great in...

Frozen foods aren’t always the healthiest options in the grocery store, but they’re great in a pinch. Whether you’re looking for an ice cream bar to end your meal on a sweet note, an easy breakfast you can heat and take with you, or a dinner that requires zero pots and pans, the freezer aisle has you covered.

But not every freezer-aisle favorite has stood the test of time. Here are some of our favorite discontinued frozen foods from years gone by—we’d love to see them grace store shelves again one day.

And for more, don’t miss these 6 Things You’ll See at Costco This Year. 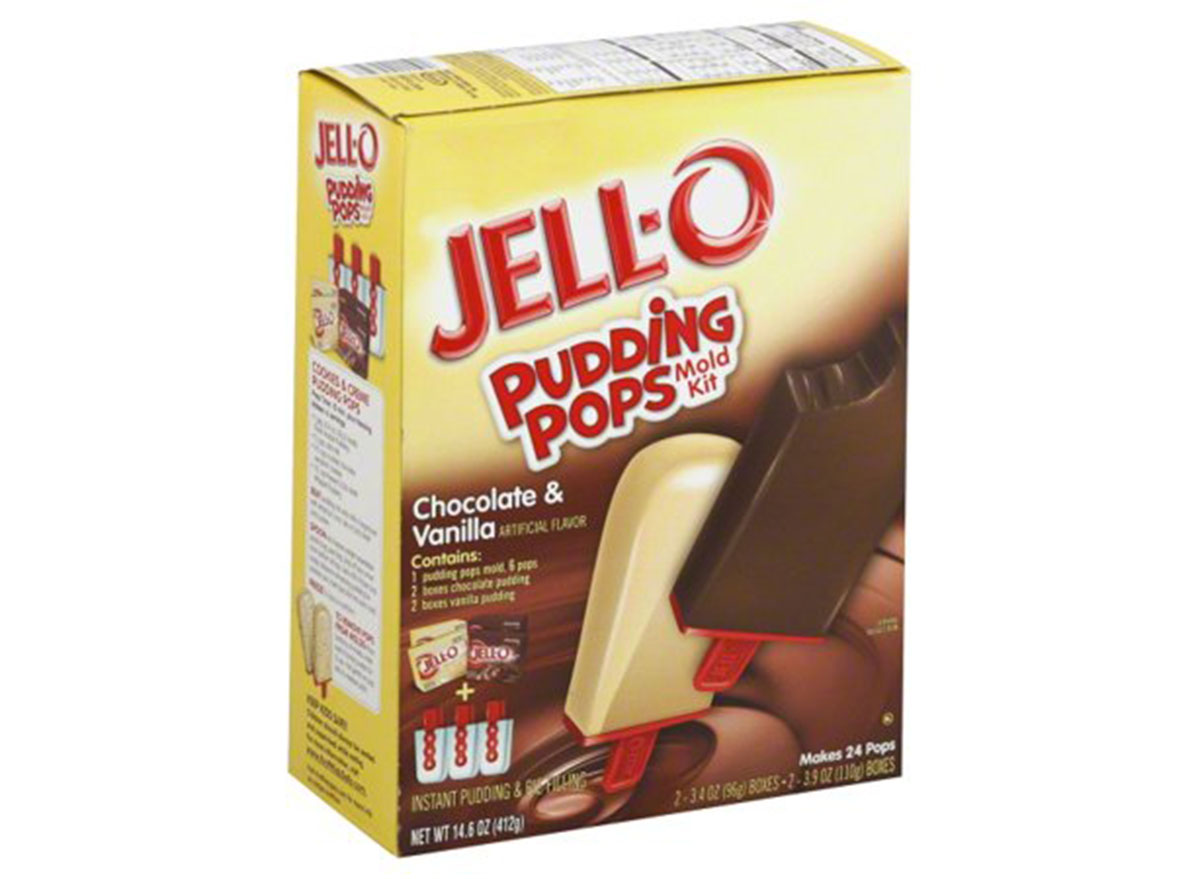 You can still find Jello-branded molds for making homemade pudding pops. But things were a lot easier when you could just get the already-frozen version at the store. ’90s kids know that waffles are twice the fun if the toppings are on the inside. RIP. 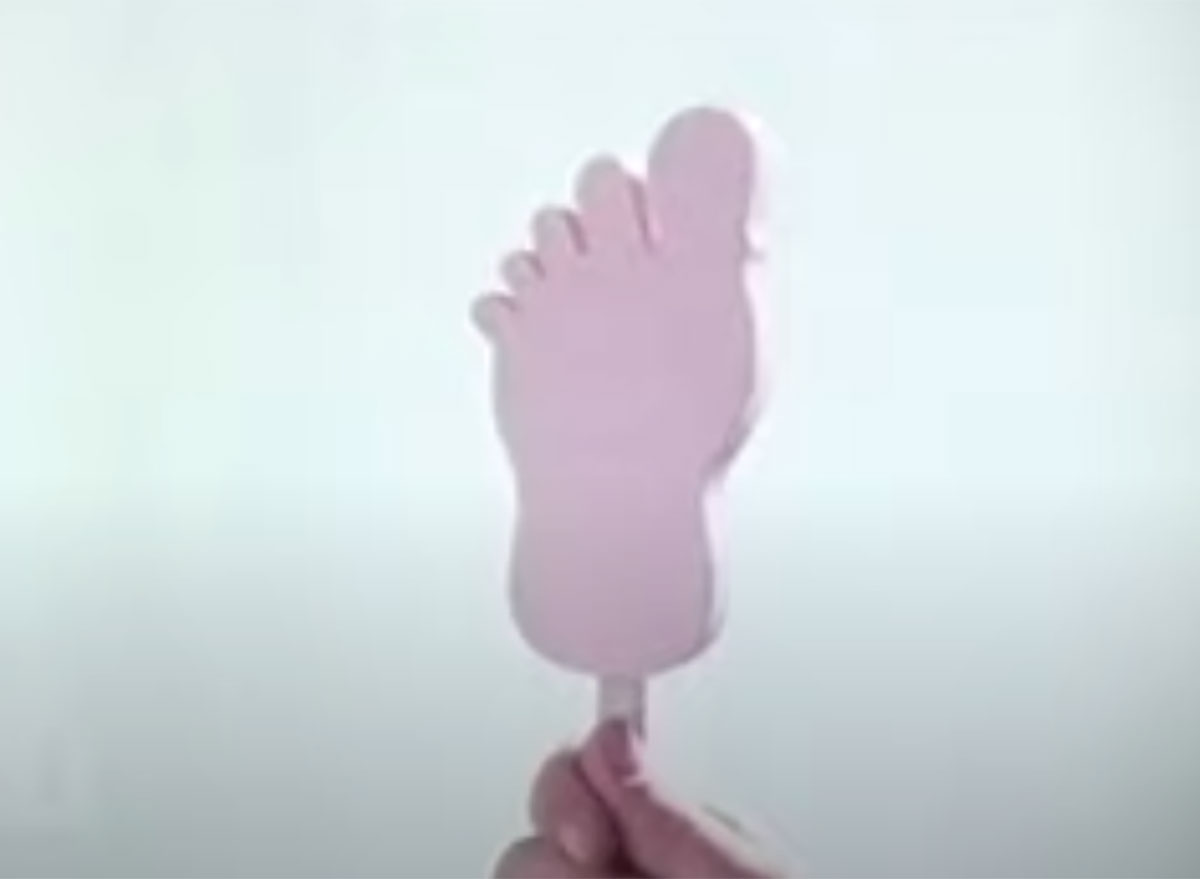 It doesn’t take much to realize why this ’80s ice cream truck classic didn’t stand the test of time. The thought of chomping down on a foot is unappealing, to say the least. 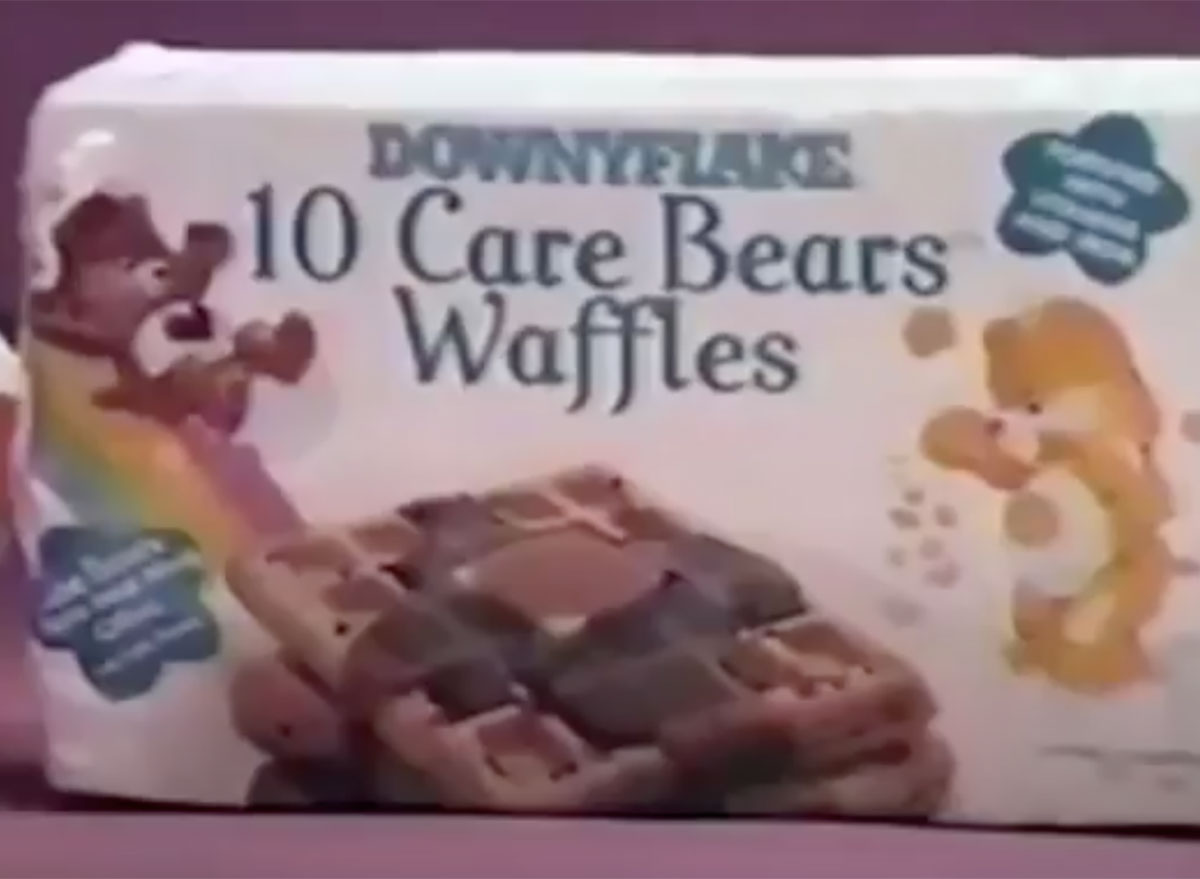 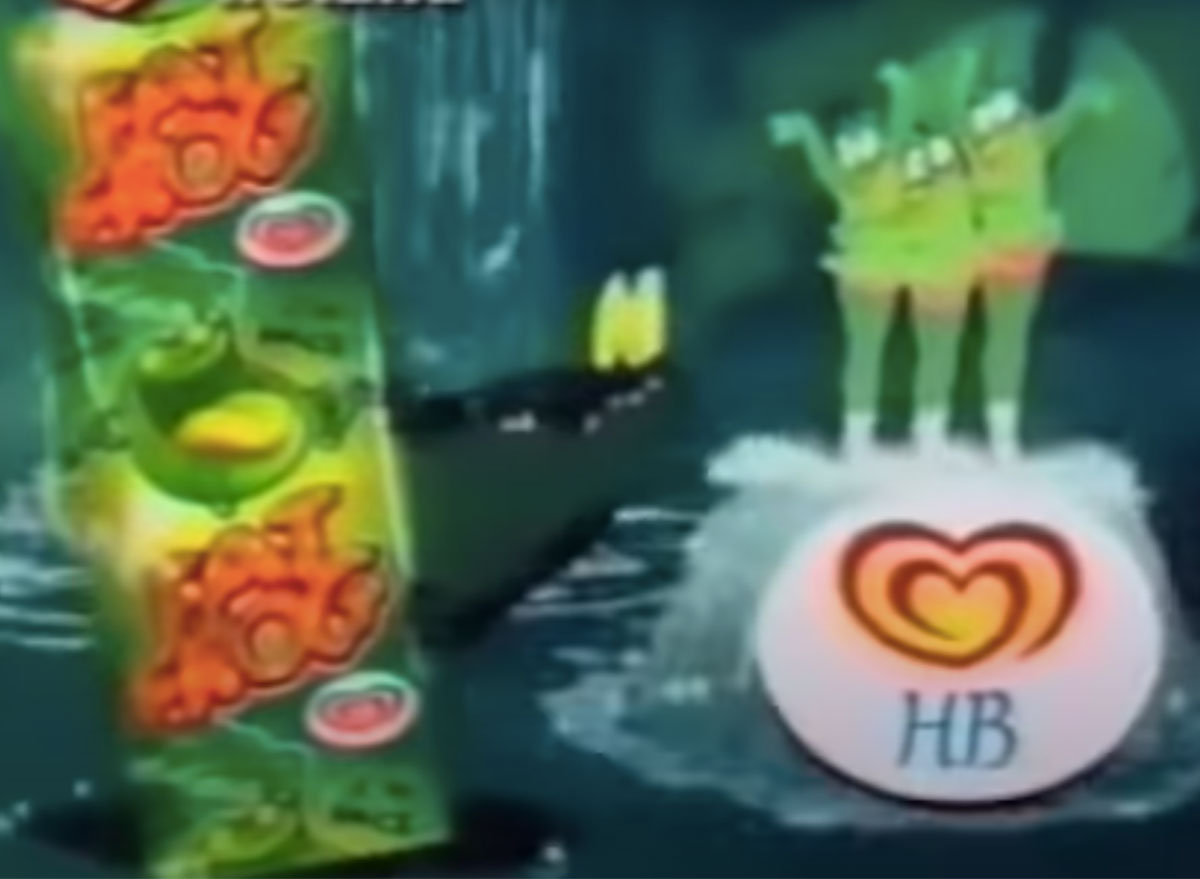 This is another ’80s ice cream truck staple you won’t find today. We still love the frog, though—just look at his eyes! You can still find Push-Up Pops in the freezer aisle of your local grocery store. But they won’t be Flintstones-branded, which was half the fun.

RELATED: The Best Frozen Foods to Stock in Your Freezer 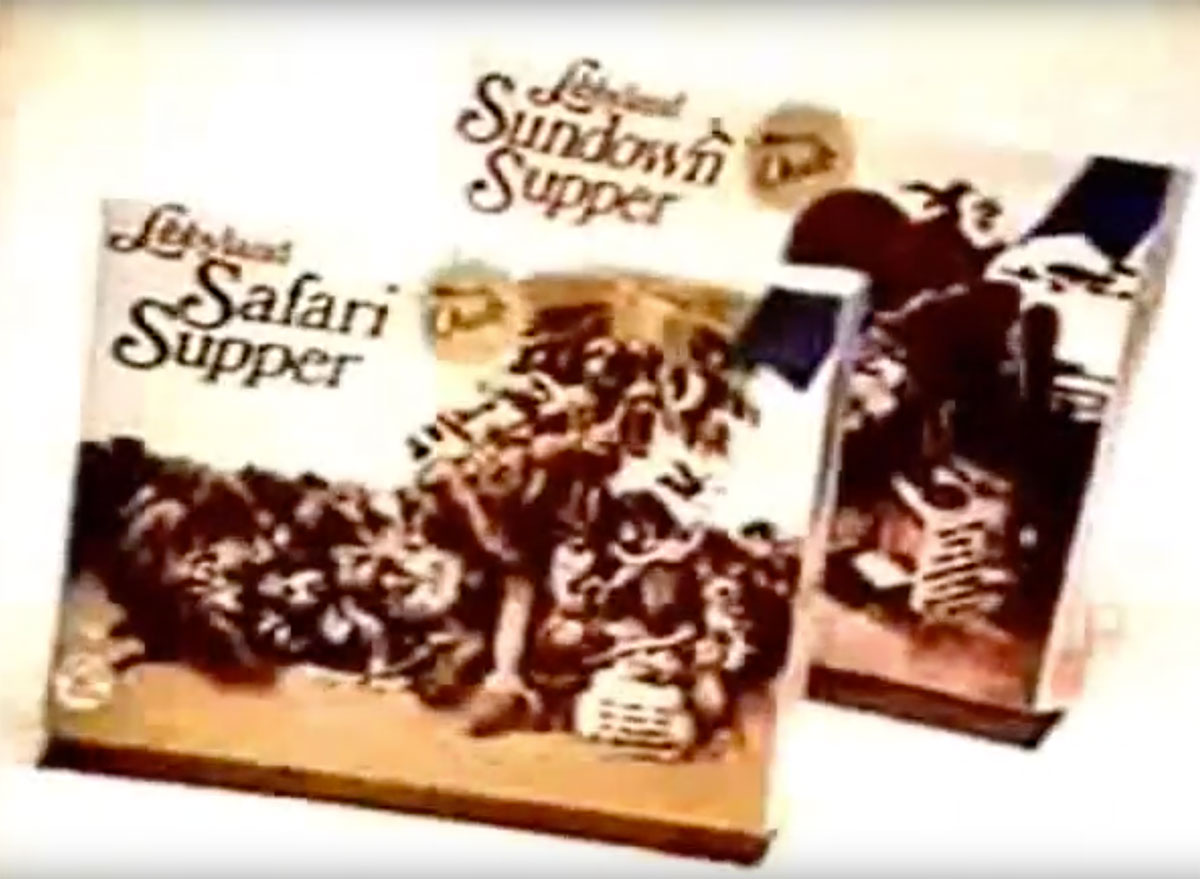 ’70s kids will remember these frozen TV dinners, which came in fun themes like “Pirate Picnic.” But their reign in the frozen-foods aisle didn’t last past 1976. 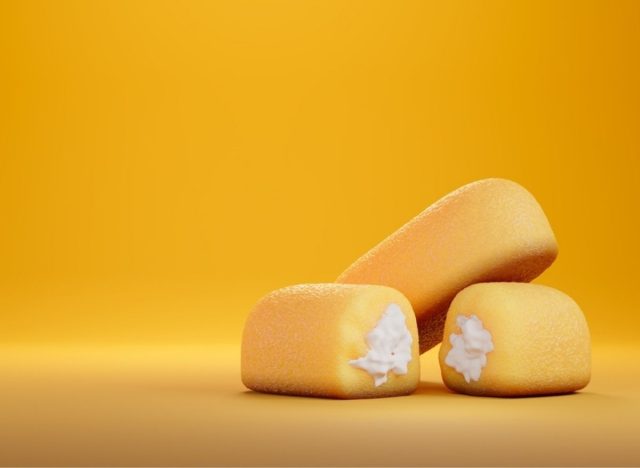 What’s a frozen meal without a Twinkie on the side? Not much, apparently, if this ’70s TV dinner was any indication. 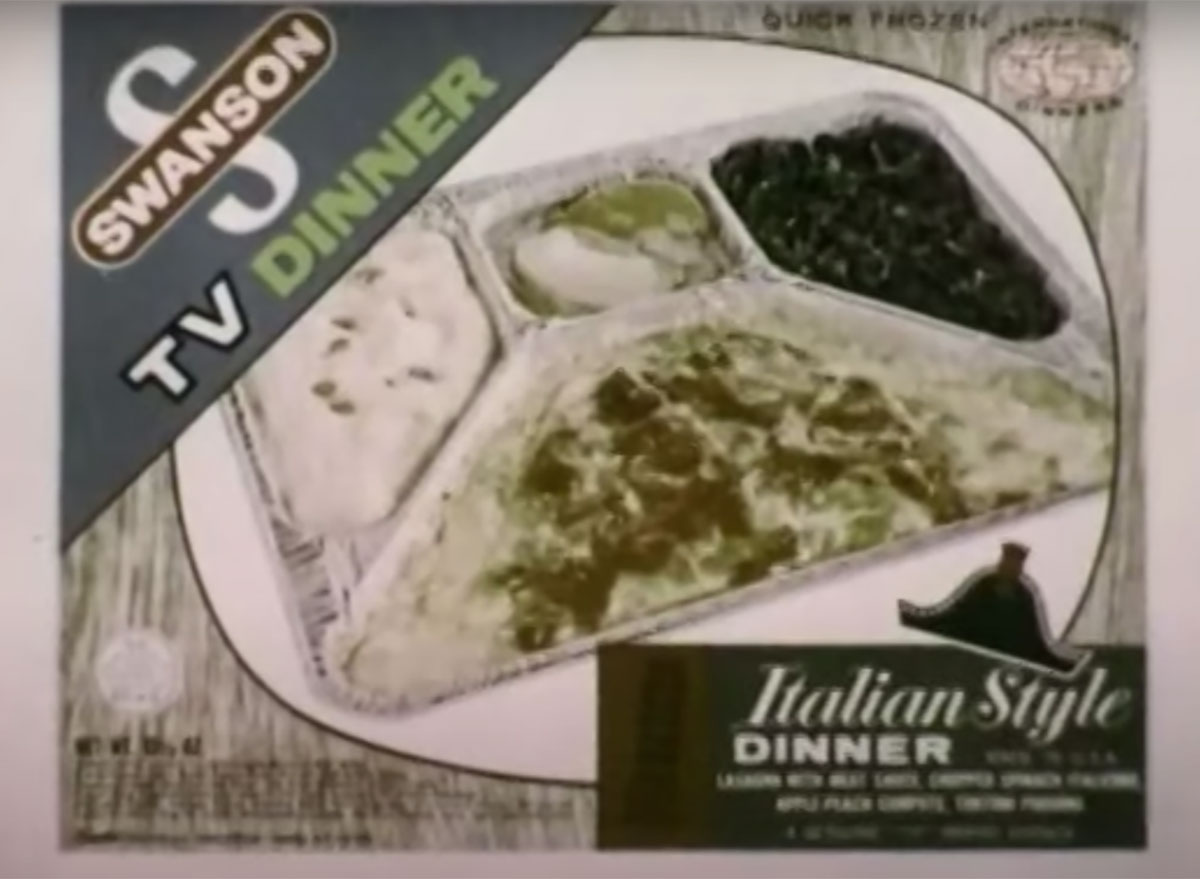 Whether you were looking for German, Mexican, Chinese, or Italian food, Swanson’s frozen options had you covered in the ’70s. 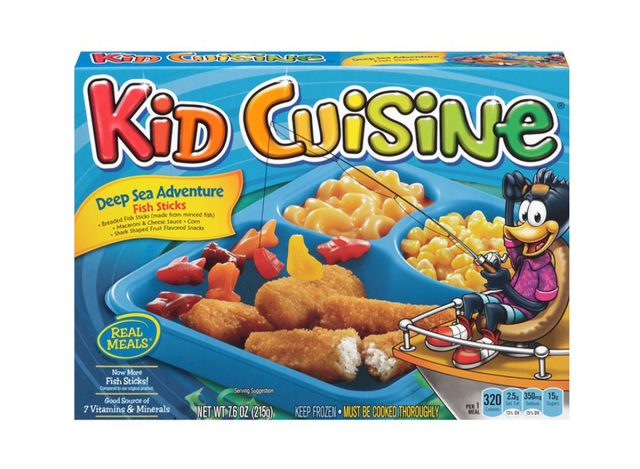 Unfortunately, you won’t find this Kid Cuisine fish sticks option in stores anymore. But ’90s kids will be happy to know that most other Kid Cuisine frozen dinners are still available today. 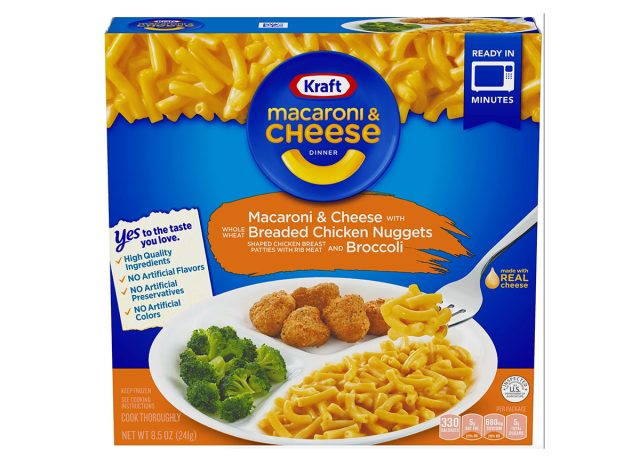 This healthy and heartier frozen dinner paired chicken nuggets and broccoli with Kraft’s signature dish. And we miss it!

August 7, 2022
Would You Try These 13 Absolutely Outrageous Ice Cream Flavors?

Would You Try These 13 Absolutely Outrageous Ice Cream Flavors?