Childhood summers are peppered with a lot of great food memories—hot dogs on the grill,...

Childhood summers are peppered with a lot of great food memories—hot dogs on the grill, potato salad—and of course, ice cream and frozen treats. Of course, there were always treats at home, but when kids heard that tinny song coming from the ice cream truck while playing outside, it was time to cue the begging for a dollar or two, followed by the mad dash to get to the truck before it drove off to the next playground or cul-de-sac.

With those memories in mind, we wondered: which treats can we still get at the ice cream truck? And more importantly, which of our favorite, most nostalgic ice cream truck offerings have been discontinued or simply disappeared? Read on to find out. 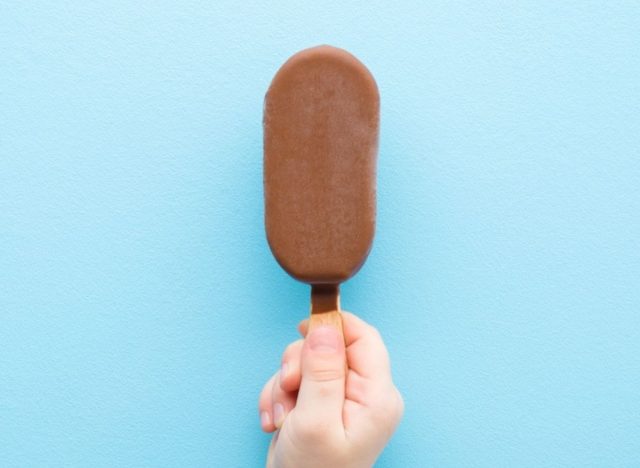 Children of the ’80s remember this simple, cold, creamy treat, which was basically frozen pudding on a stick. Made famous in ads starring the now-disgraced Bill Cosby, the treats were available at grocery stores and often sold by ice cream trucks. Even though Jell-O Pudding Pops were discontinued in the late ’90s, as of 2018, 3,600 people were still searching the web for the cold treats every month, according to Yahoo. 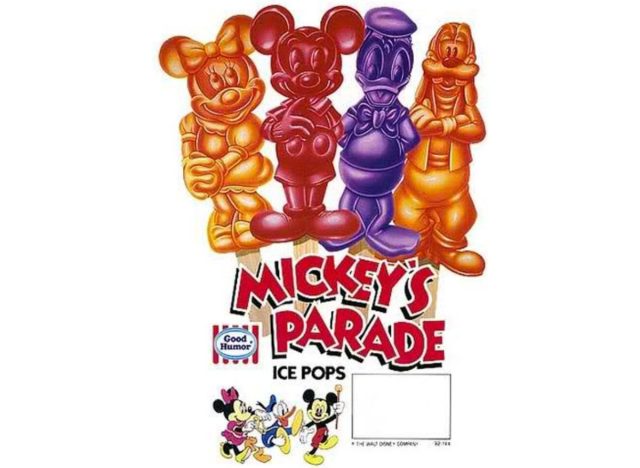 Disney fans and sweets-lovers alike adored these pops that were vividly colored and shaped in the form of Goofy, Mickey, Donald, Daisy, and Minnie. Sold out of ice cream trucks and also at Disney parks, they were discontinued in the early 2000s. Of course, people miss these cute treats, and there’s even a Facebook group devoted to trying to get Disney to bring them back. Imagine loads of Dippin’ Dots clustered together and turned into a popsicle, and you’ve got the concept of this trypophobia-triggering treat. The dots were strawberry, blue raspberry, and lemon flavored and the pops were sold in stores and on trucks in the ’90s. Like the candy, Mounds Ice Cream Bars don’t technically contain any nuts, just coconut ice cream cloaked in rich, dark chocolate. With some effort, these can still be tracked down in a handful of grocery stores, but the chocolate treats haven’t been seen on ice cream trucks in quite some time. 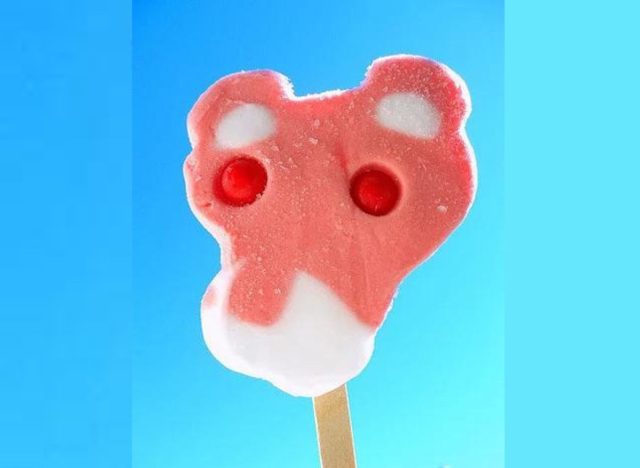 Much like the Pink Panther version, these treats featured the heads of Looney Tunes characters like Tweety Bird and Bugs Bunny in frozen form atop a stick. With eerie gum ball eyes. We haven’t seen these treats at an ice cream truck in ages, and frankly, we’re okay with that. 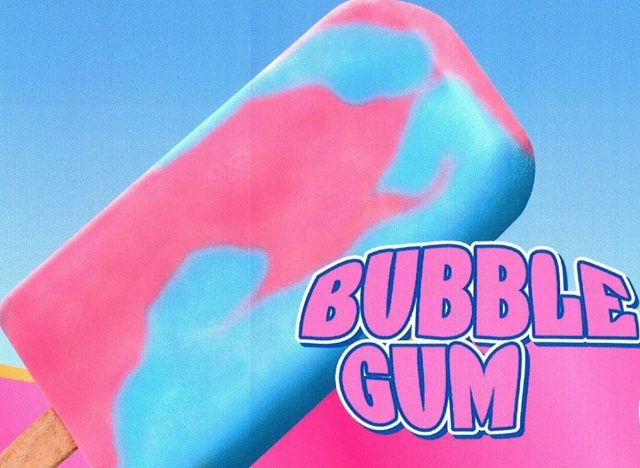 Bubblegum and cotton candy are both sugary treats we enjoy on occasion, but flavoring a popsicle with a swirl of both seems…misguided. Perhaps that’s why this oddly flavored treat was discontinued. 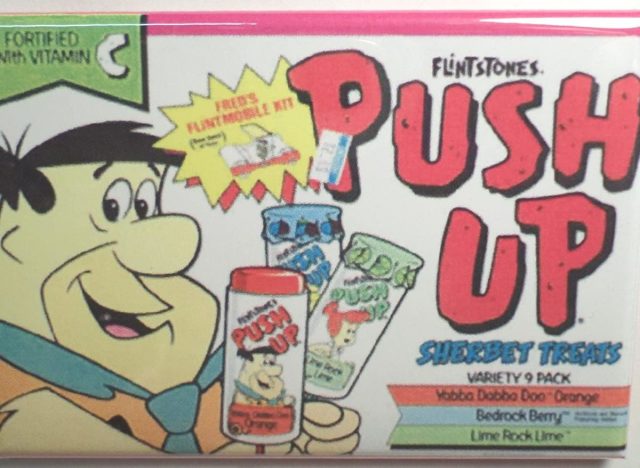 Push-up treats are essentially popsicles you push up and out of their packaging, and back in the ’90s, Flintstone-themed treats were popular at the ice cream truck, with flavors like Yabba Dabba Doo Orange and Bedrock Betty. Now, you’ll have to settle for a refrigerator magnet. 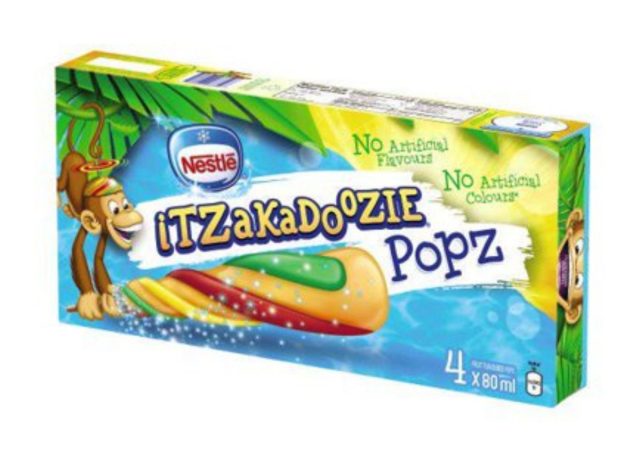 This swirly popsicle (pronounced “it’s a ka-doozie”) came out in the late ’90s and had some connection to the Tarzan movie, according to the fun throwback ad we found, but we haven’t been able to try this multi-flavored treat for several years. These bars were simply delicious—ice cream on a stick, covered with multicolored sprinkles. What kid wouldn’t love them? Though they’ve been discontinued, fans still hold out hope they’ll come back, with one writing on a petition page, “These brought back so many memories. Now I crave one every day. These were the best.”

This Popular Burger Chain Just Brought Back a Fan-Favorite Sandwich